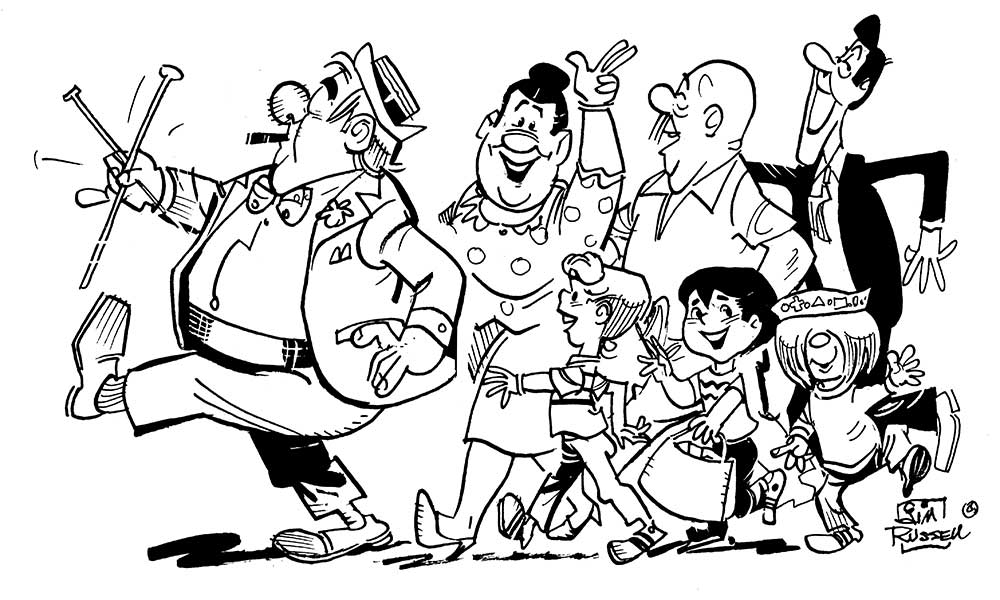 Iconic Australian comic strip, The Potts, which appeared daily in newspapers around Australia for generations, turns 100 this week as Australia’s oldest comic strip.

The strip began life as You and Me in Smith’s Weekly on 7th August, 1920 under the pen of legendary cartoonist Stan Cross. Upon Cross’ retirement from Smith’s in 1939, he bequeathed the strip to Jim Russell, who changed the strip’s name to The Potts.

Russell created the wily character of Uncle Dick in 1950s to lighten the tone. By then, The Potts had started appearing as a Sunday feature, regularly read by families. Uncle Dick was a stunning success and he helped propel the strip to international fame, with an estimated daily readership of 15 million, appearing in New Zealand, Turkey, Canada, Finland and Sri Lanka along with 25 American newspapers.

Both cartoonists are honoured annually by their peers. The annual Stanley Awards, which honour cartooning excellence, are named after Stan Cross, while the Jim Russell Award is presented for an individual’s outstanding contribution to Australian cartooning. Appropriately enough, the Jim Russell Award features a bronze effigy of Uncle Dick.