On Saturday night cartoonists from across Australia gathered at the new National Cartoon Museum in Coffs Harbour to celebrate the 38th annual Stanley Awards dinner.

Canberra Times cartoonist David Pope was declared the winner of the Gold Stanley – Cartoonist Of The Year. It was a tight finish, the other finalists for the top award being (in alphabetical order): Matt Golding, Paul Harvey, Judy Nadin, David Rowe and Cathy Wilcox. It is David’s fourth Gold Stanley, topping off a remarkable night where he also won two Bronze Stanleys for Editorial/Political Cartoonist and Illustrator.

The Stanley Awards was held for the first time since 2019 and Cathy Wilcox, the Australian Cartoonists Association’s (ACA) president said, ‘it will be a blast to see our colleagues and friends again after the Covid interruption, and acknowledge what our colleagues have been producing in the year gone by’.
The full 2022 Stanley Awards winners circle:

The Stanley Awards are unique as they are peer voted by Australia’s best cartoonists, caricaturists, illustrators, comic book and comic strip artists, animators and digital artists.

Founded in 1924, the ACA is the longest running cartoonist association globally with a proud history as an integral part of the fabric of Australian society.

The Australian Cartoonist Association would like to sincerely thank the NSW Government and Destination NSW for its support of the 2022 Stanley Awards. 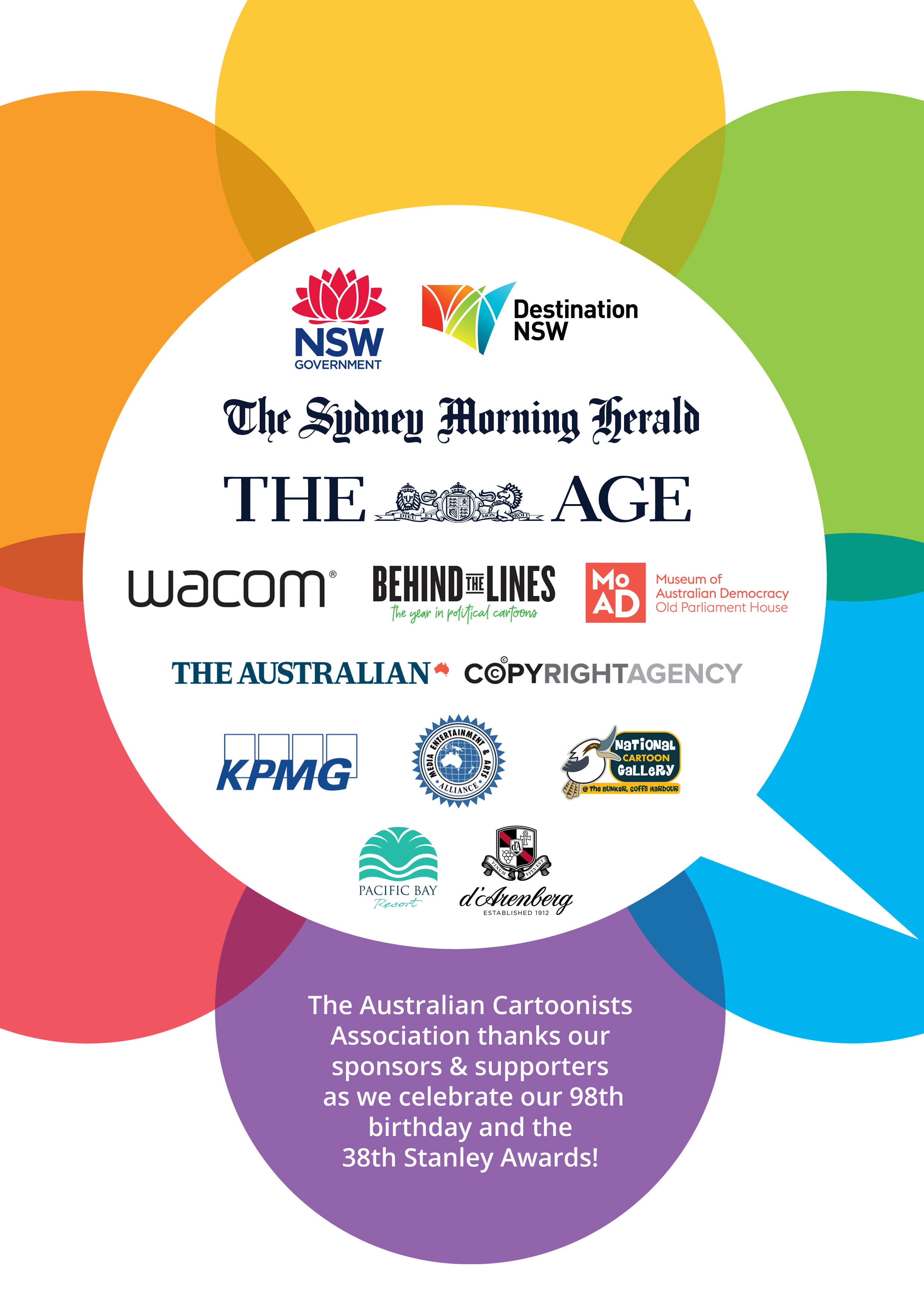